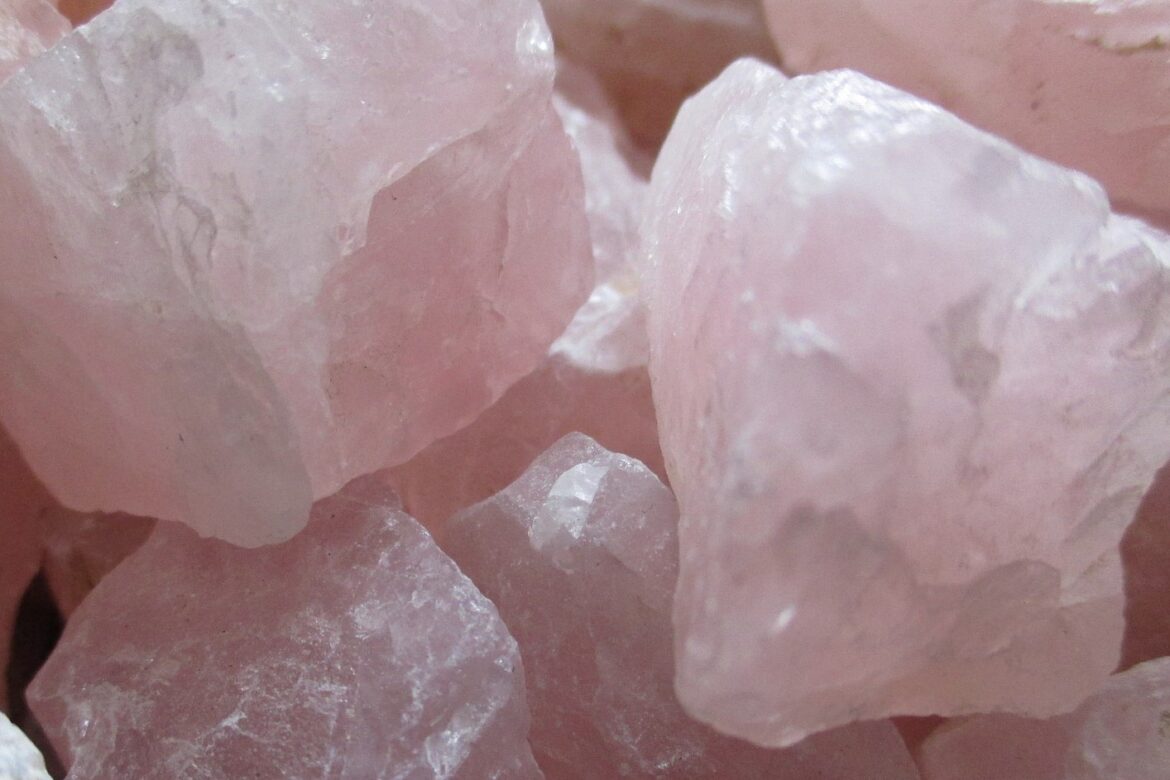 Discover the beauty and the energy of Rose Quartz

Considered a crystal of love for centuries, rose Quartz is widespread throughout the world. The beauty of its color has made this mineral a favorite of jewelers. But decorating jewelry and artwork with rose quartz is not the only thing you should pay attention to! Discover all the benefits of this beautiful mineral and the benefits for the body, heart and mind.

Mainly Brazil, but also many other countries around the world

HISTORY, ORIGIN AND COMPOSITION, PROPERTIES AND BENEFITS IN LITHOTHERAPY

Choosing to wear or wear rose Quartz means finding a gentle and positive way to escape the surrounding stress and create your own bubble of love and comfort. Open your heart, rose Quartz will give it back to you! And now discover the incredible benefits of this stone in lithotherapy …

Rose Quartz has always had an intimate relationship with love and the heart. As early as the Bronze Age, Middle Eastern civilizations praised the goddess of fertility, war, and love, Astarte, with rose Quartz. These rites and offerings have been immortalized since ancient times. Many civilizations have also used it, whether the Carthaginians, Etruscans, Greeks, Jews, Hurrians, Mesopotamians, Phoenicians, Romans or Sumerians.

According to Greek mythology, rose Quartz is derived from Aphrodite. While Adonis was spending his time hunting, he was attacked by a boar, who was no more and no less Ares, Aphrodite’s official lover. She quickly tried to hide in the bushes, but they were full of thorns, and failed. Then she found her lover Adonis dead. The rose Quartz stone appeared from his blood. The Greeks used this stone a lot to praise the goddess of beauty and love Aphrodite. Another legend tells us that Eros brought rose Quartz to the earth, representing its beauty, and that this stone was supposed to bring love instead of human hatred and anger.

Later in ancient Egypt, rose Quartz was revered for its physical virtues, such as the fight against aging. Rose Quartz bial powder is widely used on the face to mask and remove wrinkles. This stone was also given to the dead, and was often placed in the tombs of noble families. These beliefs also existed in ancient Rome.

Rose Quartz is imported from 2 main deposits: India and Sri Lanka. Today, the stone is used in various fields, such as lithotherapy, industry, watchmaking and jewelry. Many jewelry is made, such as necklaces, bracelets and more. In lithotherapy, one would rather use a rose Quartz pendant to act directly on the level of the solar plexus.

ORIGIN AND COMPOSITION OF ROSE QUARTZ

Derived from the word “quaterz”, which means “bad ore”, rose Quartz was called by this name until the 16th century. Some hypotheses also link its name to the German term “gewärz”, which means “embryo” and “growth”. It is not uncommon to see rose quartz, also called: conite, azetulite, dragonite, lodolite, conolite.

As a mineral species, rose Quartz belongs to the group of silicates. It consists mainly of silicon dioxide. Just like the other Quartz, the rose stone has formed large crystals that are both pink and translucent. It has a hardness of 7 on the Mohs scale. Rose Quartz crystallizes between 573 and 870 ° C.

The main deposits of rose Quartz are found mainly in Brazil, but can be found in most countries around the world. You should know that Quartz represents 12% of the lithosphere, which is really significant!

QUALITIES AND PROPERTIES OF PINK QUARTZ STONE IN LITHOTHERAPY 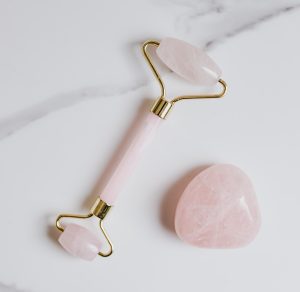 It is also a stone of peace, love and friendship. It helps those who wear it to forgive, but also to respect themselves and others. It supports people in shock and helps them heal faster, whether physically or morally. Rose Quartz in lithotherapy relieves lesions caused by fire, optimally stimulates the circulatory system and kidneys.

Recognized for its soothing properties, rose Quartz can be placed in the living room, but also in the bedroom. Love and serenity will reunite and the tension, if there is one, should weaken and subside. If rose Quartz is accompanied by black tourmaline and placed, for example, in the bedroom, its properties will increase tenfold and will complement each other, as they will provide peace of mind and quality sleep. And the nightmares are gradually disappearing.

Alchemy: The rose with 7 petals, a symbol of the 7 metals and the 7 stages of the great work.

Christianity: The blood of Jesus Christ, the tomb of Christ, love and mystical rebirth.

The material is borrowed from the site FRANCE MINÉRAUX.