History of the boudoir

The Boudoir – the secret feminine room

You may be wondering why I chose the boudoir as the brand name for my jewelry. For me, this word immediately creates a feeling of femininity, mystery, and of course something French. And since everything French is close and dear to me, very quickly and naturally this word became LE BOUDOIR de Simonne… But here’s a little history to dispel any misunderstandings, and a little general culture:-) 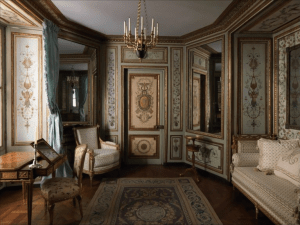 The boudoir of the Hotel de Crillon, moved and installed at the Metropolitan Museum of Art in New York

The boudoir is a small elegant lounge, usually located between the dining room and the bedroom, specially designed for use by the ladies and in which they retire when they want to be alone or talk to their friends or confidants, and perhaps lovers.

Architecture, manners and so on

The appearance of the boudoir in French mansions in the XVIII century corresponds to a change in customs associated with the development of relations between men and women, and influenced the interior design and organization of various spaces in the home. While for bourgeois men public expression in salons became a way of affirmation, women spent part of their time in more intimate spaces. In fact, the salon becomes more of a place for men’s gatherings. And for the boudoir we can only guess how this secret and exclusive female space has ignited the male imagination. 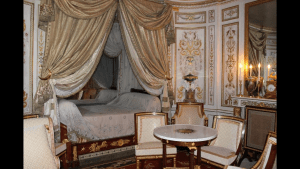 The oriental boudoir of Queen Marie-Antoinette in the palace in Fontainebleau.

This period is also characterized by a profound change in the way the living space is organized, so it is not surprising that the boudoir appeared just then, of course, first in the aristocratic mansions and apartments.In the old “universal” rooms, the furniture varied dramatically. Instead of a dining table to serve, we brought trestles which were put away immediately after the meal and the room served both as a reception area and as a sleeping place. The “bedroom”, still uncharacteristic for the end of the 17th century, began to be defined in relation to the function assigned to it, and thus appeared the dining room, the bathroom, and even the reception room. The boudoir, if it fits perfectly into this movement of spatial differentiation, is an exception, because in reality it has no other specific function than to allow its owner to withdraw and use it as he or she wishes.

Before finally choosing the name LE BOUDOIR de Simonne, I read various articles and texts on the subject. Trying to find out more about this legendary space, I quickly realized that most people’s idea of ​​the boudoir is loaded with imagination, which does not completely coincide with the reality of the eighteenth century and is mainly due to the literary descriptions of this place. The boudoir first appears in a poem from 1726, while it didn’t appear in dictionaries and encyclopedias until the 1940s. But why do we perceive it as a female or even courtesan space, when the descriptions very clearly show that in the mansions and apartments of that time it was a room belonging to both men and women? Why this image of sexual space, when in historical texts we find very few boudoirs with really this use? The influence of literature comes first, and the “Philosophy in the Boudoir” is just the tip of the iceberg. The literary texts that tell about intimate experiences in the boudoir or just about the boudoir itself are countless. Most of them date from the second half of the century, and we observe that this room can have many applications: it can even be a political spy cabinet! Proof that the boudoir is not just a space for intimate experiences was found in the plan of the Episcopal Palace in Rennes, approved by the king himself in 1764. It is a small room with a fireplace and a view of the garden – features that are quite representative of most boudoirs of that time. The architectural plans of Louis XV’s apartment are also on the move. 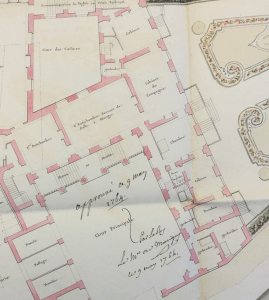 Architectural plan of the ground floor of the episcopal palace in Rennes – the boudoir is located in the right wing, with a direct connection to the office and a view, a door and its own staircase leading to the garden.

Surprisingly, at the end of the century, the boudoir appeared in more modest residences – in apartments with only four or five rooms. In these cases, there were three main rooms, which we could call auxiliary rooms – a bedroom, a bathroom and a dining room – and two rooms used for receiving guests and for solitude, which were the living room and the boudoir, respectively. It is in these residences that the function of this room is ultimately clearest, because its opposition to the company hall shows that it is intended to serve more as a place of rest than as a place of reception, which can sometimes happen in most aristocratic hotels.

The real turning point in the history of the boudoir actually occurred in the early nineteenth century. At this point, the boudoir becomes the embodiment of male fantasies, which do not correspond to the authentic boudoirs. Fully imbued with a sense of femininity, the boudoir, formerly a form of freedom in the home, is no longer seen as the room of a respected woman who is a wife and mother, but becomes the courtesan’s lair. This idea was marginal in the eighteenth century, but continued to develop in the literature and eventually emerged as a description of the boudoir over the centuries.

And what did the boudoir look like in the 18th century?

The place of the boudoir was relatively isolated, close to the bedroom, the bathroom and the dressing room. Almost every boudoir had a fireplace, creating a warm, cozy atmosphere, and the windows opened onto the garden with a pleasant view. The boudoir was a very personal space, arranged entirely according to the tastes and whims of the occupant. A diverse library, elegant desk, soft sofa and valuables complemented the atmosphere. After all, this space was a very modern room: a space without a function that exists and can be defined only according to the wishes of the occupant. This is unheard of in the history of housing!

Je boude, tu boudes, elle boude…. Where does the word boudoir come from?

The word is supposed to come from the verb bouder, which we can translate as “sulka se”. However, it would be reductive to adhere only to this explanation: by the eighteenth century, the word was already loaded with an infantilizing connotation. It is unlikely to determine part of the living space only by this term. However, it can be close to the word “boude” from the then French, which means “belly”, and this comparison would turn the boudoir into a warm cocoon, where one would withdraw to immerse oneself, without necessarily being in bad mood. In addition, “boudoir” is similar to the English word “bower”, which rightly from the XVIII century means a private cabinet. Since the appearance of the word in French occurs in a period of relative Anglophilia, it is possible that its origin is Anglo-Saxon. In any case, it is unlikely that the boudoir’s contemporaries thought that it was used only for “cracking”. The boudoir is above all a kind of office, with all the uses that it implies, from choosing a toilet to a pleasant day off.

Have you eaten a boudoir ?? 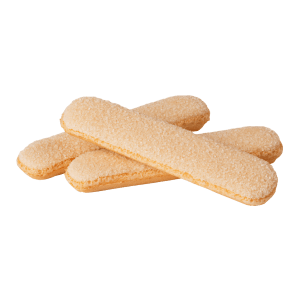 Well, I haven’t seen cakes decorated like boudoirs, but I really like to eat boudoirs, especially with coffee. You have eaten boudoirs too, especially if you love tiramisu! But what are we talking about?

The boudoir is a dry and crunchy biscuit with an elongated shape and sprinkled with powdered sugar. Traditionally used as an accompaniment to wine or champagne, as well as preparing desserts cake Charlotte and tiramisu. The crunchy biscuit is said to have been the invention of one of the greatest chefs, Marie-Antoine Karem – the first cooker in the history of gastronomy to bear the title of chef, inventor of the chef’s hat. It is said that Karem created this biscuit especially for Talleyrand and that its name comes from the politician’s reputation for practicing “boudoir diplomacy”.

If you have reached the end, then you were interested! That’s why I will tell you different stories from the boudoirs of famous and lesser-known ladies from History in my blog.