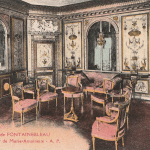 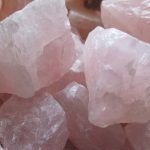 Discover the beauty and the energy of Rose Quartz

How to choose your stone?

THE AMETHYST IN THE KINGDOM OF LITHOTHERAPY

Every month I share interesting information about stones – their origin, their symbolism, their healing properties, interesting facts. In this article we will find out what amethyst stone is and why to make it a part of our everyday life …

CHARACTERISTICS OF THE AMETHYST

AMETHYST, ITS HISTORY, ORIGIN, COMPOSITION, PROPERTIES AND APPLICATIONS IN LITHOTHERAPY

Amethyst, considered as the King in the Kngdom of lithotherapy, with its natural beauty and remarkable virtues, is a powerful remedy against all kinds of emotional negativity. Here you will find its various properties and the influence it can have not only on your spirituality, but also on your home and other minerals.

Originally used as a decorative stone, amethyst was used for decorative purposes by the Etruscans and Egyptians. It was also used in the 18th century to make staples and brooches. Nowadays, amethyst is still considered a gemstone, which is why it is present in a prominent place on many precious objects (British crown, Egyptian crown, Russian crown, etc.). Due to its color and the beauty of its luster, it is still one of the most popular stones.

An important place is assigned to amethyst in the biblical register. Its main symbol has always been the promotion of celibacy and piety. It is not uncommon to see the ornaments of the clergy in the Middle Ages. It is often found on relics, on episcopal rings and on priestly vestments. The place of this stone is just as sacred in the Buddhist religion and appears regularly in the design of beads, various amethyst necklaces with amethyst pendant.

ORIGIN AND COMPOSITION OF AMETHYST

Discovered in very large quantities in the early 20th century, amethyst is considered a stone from modern human history. Its main deposits were initially discovered in Uruguay and Brazil. From that moment on, this stone was mined and exploited in countries in Africa, South America, North America, Australia and even Russia. Although the largest amount comes from South American countries, the specificity that can be noted in African countries is that it is much richer in color. In Australia, on the other hand, the stone is much smaller and much darker.

Amethyst belongs to the family of purple Quartz, ie stones made of silicon dioxide. This stone varies between transparent and translucent, between pale purple and magenta, which is mainly due to the iron impurities that can be found in it. Its color shades can vary from purple, through bluish and to light purple. You may find more purple tones depending on the extraction location. The same amethyst can and often offers different color intensities, presenting an alloy of blue, purple and pink. Up to 250 ° C the color of this stone is completely intact, and from 500 ° C it changes and becomes light yellow.

QUALITIES AND PROPERTIES OF AMETHYST IN LITERATURE

In lithotherapy, Amethyst is considered a stone of humility and wisdom. Stimulates creativity, imagination and clarity, promotes not only meditation and concentration, but also spiritual elevation. It also takes care of alleviating negative feelings such as anger, fear, anxiety, sadness and grief.

In lithotherapy, Amethyst also has the property of being a stone of transitional moments and a moment of separation. It can be worn and used in case of loss of a loved one, both for the one who leaves and for the one who stays. A remarkable property and quality of Amethyst is that it purifies places and objects, whether through an amethyst ball or in another form. Purifies the physical body, but also the aura. It perfectly accepts and integrates innovations and changes. It is also used for cleaning, purifying and recharging other stones and minerals.

As part of cleansing a place, Amethyst soothes and facilitates relaxation, which can be calm and deep relaxation if in a bedroom. If it is in your living room, this stone will be able to increase the energy speed of this room.

If you prefer to wear amethyst on yourself as jewelry, it will accompany you and give you all the qualities of the stone. This way you will take full advantage of the soothing and soothing properties that it provides throughout the day, as soon as you wear it.

Buddhism: A stone of spiritual development

Celts: the stone of the Druids